In 1993 Sgt. David Pennington retired from the Phoenix Police Department with honors after 20 years of dedicated service. About 7 years prior to retiring (1986) he was sent by the Police Department to a Locksmith School to learn the science of surreptitious lock picking for an undercover assignment they were working on. (Definition of surreptitious: had done, made, or acquired by stealth).

When Sgt. Pennington returned from the Locksmith School he had inspired his son Clinton to think about the idea of becoming a Locksmith. Although Clinton also wanted to be a Police Officer he was too young at the time. Shortly after that, the opportunity came for Clinton to work for a local Locksmith Company, and he started training with a Master Locksmith for $5.00 per hour. After several years of training, and attending several advanced Locksmith classes Clinton was well on his way of becoming a Master Locksmith himself.

In 1993 David and his son Clinton joined forces and opened County Wide Lock and Key in the garage of David Pennington’s home. With David having the money to open the business and Clinton now having the experience as a full time Locksmith they made a great team. By 1994 the business had grown so much the first year they ended up opening a Lock shop (County Wide Lock and Key) at 745 N. Gilbert Rd. in Gilbert, AZ. (SE corner of Gilbert and Guadalupe). 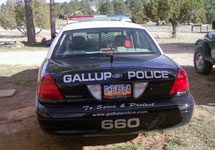 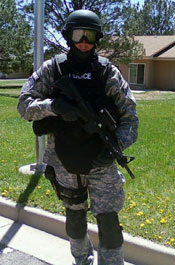 In 2007 Clinton got the opportunity to leave the Locksmith business with the blessings of his wife and daughters and moved his family to Ramah New Mexico as he was offered a Position as a Police Officer with the Gallup New Mexico Police Department. Clinton eventually went on becoming a key player as a swat operator for the Gallup Police Department, but also continued to practice his Locksmith skills during his free time, and even some Lock and Key work for the Police Department.

Sadly in 2011 Clinton's Father passed away leaving the Locksmith business unattended. In an attempt to save the business, Clinton made a decision to return his family back to Gilbert, Arizona to continue the long-running lock and key business. Shortly after Clinton returned to Gilbert it was brought to his attention that a book had been written (Murder for Hire) and released by a man named Jack Ballentine, an undercover Police Officer, who worked for Clinton' Father for many years. The book talked about the life of Jack Ballentine as an undercover Officer working for the Phoenix Police Department, and Clinton’s father who ran the undercover operation. Although Clinton’s Father had passed away before he had any knowledge of the book, his Father continued to be an inspiration to many, and continued to make the family proud. 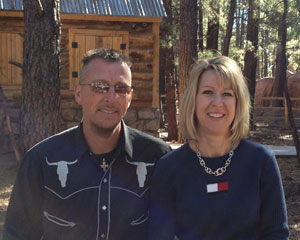 Clinton was then inspired to rename the business, and incorporate the family’s last name to honor his father. The business was renamed, in February 2011 to Pennington Locksmith Company. In October of 2012 Clinton and his wife Jill Pennington opened a new retail Locksmith shop in Gilbert, Arizona located at 235 E. Warner Rd. (SE corner of Civic Center and Warner)

Clinton is now training his wife Jill, and both of his daughters the art of Locksmith Science. These girls can pick locks faster than you can believe! And so the legacy continues.